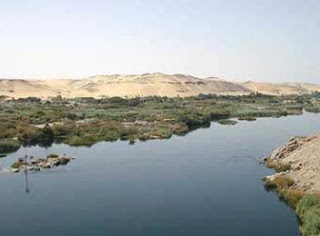 One of the ways to cope with change is to deny it. Refusing to see what is in front of you, although not an effective strategy long term, can help you get through today. Trouble is, tomorrow comes.

When Bill was sick, there wasn't a time until the last week of his life when it occurred to either of us that he was going to die. As he wasn't conscious at that time, I don't think he ever realised we were facing the end. Three days before his death, after five surgeries in three days, it hit me with the force of a bomb. I was at the hospital late that evening, and all three kids were there. We were only allowed to go in to see him in small groups, and I had already visited, so at the next available time I encouraged them to visit. When I was alone, I turned to our pastor, who had driven from Mississauga into the city after 9:00 p.m. to visit with me. "What do I do if he dies? I have no idea what to do." His answer was simple. "You call me."

At that moment, I faced the reality I had been avoiding for weeks. Looking back, it seems ridiculous that I wouldn't see it. He got weaker every day. His skin developed black welts because the skin wasn't getting good blood circulation. He was having delusions and paranoia for the same reasons. Yet I still floated my boat down the river de-nile.

It's hard. It hurts. But facing reality is also freeing. There is an element of pretending in denial, and that gets exhausting after a while. When you look the situation in the face and accept what you are facing, you are free to make a plan. Even if the plan has to change, you are dealing with reality. Pretending wastes valuable energy.

Ride down the river de-nile for brief periods if you have to, but get out of the boat to walk on the shore as soon as you can.
Posted by Ann Peachman Stewart at 18:55