The small miracle of Mrs. B. 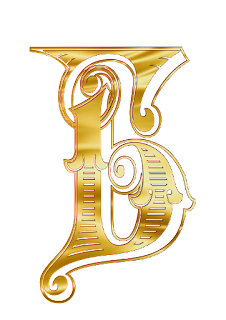 Today I made a cake, but my chief mixer wasn’t there to help.  She left early in the morning, and won’t be back. Although I will miss her terribly, she has left so many parts of herself with me, there are ways in which she will always be there.

I met Mrs. B. many years ago when she was living in an apartment with her husband. They were contemplating moving to the care sections because he needed more care, and she was virtually blind. Although she walked with a walker, her mobility was poor, and there were other physical issues. After her husband died, she moved into my unit, and into my heart.

She was a strong person, and fought against the physical changes in her body. She wanted to move back to her apartment. She wanted to walk independently. She wanted to knit again, and other activities that involved sight. It irked her that she couldn’t do these things. But she didn’t let it overcome her.  Her insatiable zest for life and her humour rose to the top.

Today, I put ingredients in the bowl and realised that every time I do this, she will be there. When I planned to bake, I would let her know. After breakfast, she would search in her room for her apron and arrive in the kitchen with it on. She was the “Chief Mixer.” She couldn’t chop because she couldn’t see, but she mixed with finesse. Often when we were enjoying our treats later in the day, she would turn to the person next to her and say, “Did you notice how well it is mixed?”

I’ll never eat chocolate without thinking of her and the time we made chocolate covered pretzels. She was pretty much covered in chocolate, but she had a blast. I said, “Mrs. B., people are going to eat those pretzels. You really shouldn’t lick your fingers.” She grinned at me, and slowly licked each finger.

I’ll never pass a box of Kraft Dinner in the grocery store without thinking of her. One of my favourite stories was about how, as a young bride, she couldn’t cook. She discovered Kraft Dinner (which was probably a brand new product at that time) and made it for her husband. He liked it, so she made it again. And again. After a few weeks, he complained, and she was indignant. “I thought you said you liked it!”

When I dress up for a special event at work, she’ll be there. Last Christmas, I went to talk with her, and she felt the fishnet stockings I was wearing. She liked them, but didn’t approve of my calf-length dress. “You’d better shorten it. You’ll never get anywhere with it like that.” There were days she made me howl with laughter, and other times when she left me speechless.

She followed my romance and marriage with great interest, and the nurse in her wanted daily reports about my husband’s progress after heart surgery. She gave me a wedding card that she had signed, a treasure I will always keep.

And she wasn’t above flirting with my new husband. He brought her flowers when he came to visit at Christmas, and she was delighted. Almost every day when I came home, he would ask about her. Then I’d go to work, and she’d ask about him.

Two years ago, her daughters and I launched a campaign to get her to go on our camping trip. She loved to be outdoors, loved people, and we knew she’d have a great time. Her excuses where a mile long, but we had an answer for each one. Her daughter packed her suitcase, and Mrs. B. unpacked it. Her daughter repacked it and we kept it in another room. Right down to the last minute, we weren’t sure if she would go, but in the end, she got on the bus. I used to joke with her that there were heel marks in the carpet from where she dragged hers on the way out the door. From the first moment she was there, she loved it, as she sat in the sun and chatted with the other ladies. I still remember the look of horror on her face when I brought the (little, tiny) fish that I’d caught to show her, and the look of delight when she ate her s’more. She had such a great time, and the minute she came back, she became a “camping apostle” and told everyone she saw that they had to plan to go next year. She went back a second time, and loved it even more.

And she wrote a book! This amazing lady didn’t let lack of sight hinder her, but dictated the stories of her life over the phone to her daughter, who was her editor and publisher. I felt so privileged when she let me read it and make a copy. “I’m not sure why you would want to. It’s just my story. Nothing interesting,” she said. On the contrary, it was funny and poignant and showed her personality on every page. I treasure it.

She loved people, and enjoyed her table mates in the dining room. There were six ladies who sat at the table which my co-worker and I called (only to ourselves) the “queen table.” They pretty much ruled the dining room, and Mrs. B. was right in the centre.

So she is gone, and I am here. But every day I take with me the many gifts that she has given me.
Thanks, Mrs. B.

Posted by Ann Peachman Stewart at 17:42