The small miracle of not forgetting. 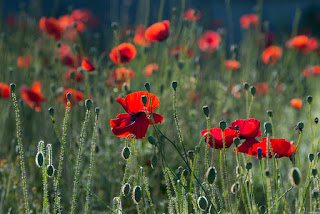 Where have all the poppies gone?

It's the end of November, and the poppies that were everywhere a few weeks ago have mostly disappeared. They've been replaced by holly and poinsettias. "To everything there is a season…"
Right?

We said "Lest we forget." We haven't forgotten, exactly, but life moves on. It's time to decorate and celebrate. The poppies have gone away for another year.

But the seniors haven't.

Those who served in the war, and those who stayed at home and prayed. Those who rolled bandages and knit socks. Those who grew food. The nurses, the mothers, the wives. Every one of them lived through unspeakable horrors with courage and even humour.

Today, they are our seniors. Many of them are quite elderly with multiple health problems. They need care. How do we honour them? How do we remember?

Let me first talk about what doesn't honour them. Putting them on long waiting lists to get into the more desireable homes where the care is less institutional. Encouraging them to live in the homes which have beds--the ones where conditions aren't home-like or personal.

Ordering their days based on the convenience of the staff. Getting up when they are told, eating when food is available (because it isn't available at any other time). Forcing them to wait to go to the bathroom, because they can't get there on their own. Sitting them in front of a television, because that's the entertainment of the day.

I am so privileged to be working where we have the vision to be different. It is possible to respect person-hood, to be resident-centred and give resident-led care.

On November 25th, our second neighbourhood, Seaton Village, opened. Twenty seniors are delighted to call it home, and the staff serving them are excited to be a part of this new model. How does it work?


It's not just about serving the resident who live at Christie Gardens, but about changing the culture of eldercare in Canada. It can be done. We are proving it. Others are watching.

On December 2, voting begins for the semi-finals of the Aviva Community Fund. We are competing to win $150,000. to build the next neighbourhood. Wychwood Park. The neighbourhood where I serve.

It's easy for me to honour those who served me in both wars. I work with them every day. I know their names and I love them.

Now you have an opportunity, too. By registering and voting every day at www.voteforchristiegardens.com from Dec. 2-11, you can be a part of honouring our seniors and changing the culture of eldercare. 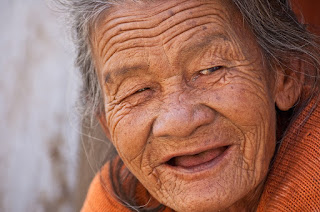 Geraldine was upset. Her regular caregiver was off today, and the staff member who was helping her wasn't as familiar with her routines. She didn't wash her the same way, and didn't talk about what she was doing. She was friendly and efficient, but it wasn't the same. By the time she was ready for breakfast, Geraldine was anxious and agitated. She refused to go to the dining room.

Her caregiver left her alone for a few minutes, and went to get trays for those who were having breakfast in their rooms. She also got a tray for Geraldine. This took about 10 minutes, and by the time she came back, Geraldine was crying on the phone to her daughter. "They aren't feeding me because I complained."

What went wrong? The caregiver was trying hard to please Geraldine, who was normally sweet and appreciative. How did this situation get out of control?

The dictionary defines "intervention" as "to involve oneself in a situation so as to alter or hinder an action or development."1 In caregiving, interventions are the actions (often by the caregiver) which reduce anxiety, anger or other behaviours.

The difficulty with interventions is the same ones don't work in each situation, for each person, or all the time. Interventions often seem more error than trial.

The great thing about interventions is when they work, they are brilliant.

In Geraldine's situation, the caregiver was using a common intervention. When a person is in the midst of escalating agitation, it's often helpful to give them some space. Leave them for a few minutes. The person may have forgotten the problem and often the agitation passes.

But with Geraldine, leaving her alone for a few minutes escalates her agitation. Even if she told the caregiver to "leave her alone" it would be better not to. With Geraldine, using a quiet voice and asking her what she wants ("would you like this blanket on your legs? Which slippers would you like to wear?") works much better. That and a cup of coffee with 2 creams as soon as she gets in the dining room!

Interventions work best when you know the person well.

photo: http://www.elderhomeoptions.com/images/Elderly_Woman_Outside.jpg
Posted by Ann Peachman Stewart at 18:08 No comments: 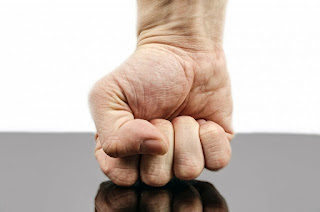 Her gentle, refined auntie, who she had always loved and looked up to, had just "bitten her head off." Barbara had entered her room for a visit, and had hugged her as she had done with every visit since she was a child. Auntie had drawn back with a scowl and growled at her, "Get your hands off me!" Stunned, she backed out of the room and went to talk to the nurse. While in the medical office, she'd burst into tears. She knew her aunt had dementia, but in the two years since her diagnosis, she'd never acted like this. What had she done wrong?

Barbara had done nothing wrong, especially since she'd never seen this kind of behaviour from her aunt before. But now that she knew it was possible, she needed to learn how to deal with it.

Barbara learned from the nurse that although this wasn't common behaviour for her aunt, it had occurred before, and it seemed to be escalating. The staff was monitoring it, and if it continued to happen, they would mention it to the doctor. For now, they were documenting each time it occurred, and looking for patterns. Was it a certain time of day? Was there a trigger? Was she tired, ill or over-stimulated when the incident occurred?

Over the next several months, Barbara became a student of her aunt, as well as learning
how to deal with aggressive behaviour. Here is what she learned:

1) It was a big help to know what kind of a day her aunt was having. She checked in with the nurse or the caregiver and found out how she slept the night before and if there were any problems.

2) She approached her aunt with a big smile and a cheerful greeting, identifying herself before auntie had to wonder who this was. Most times, this brought immediate joy to her aunt's face. She didn't touch her, though, until her aunt's body language invited her to do so.

3) If Auntie got angry for any reason, she learned to take a deep breath and back off. Sometimes this meant changing the conversation, distraction, or even Barbara leaving the room for a few minutes.

4) She learned not to show fear or even much reaction at all when Auntie got angry. She would lower her voice and make sure her face was bland and undisturbed.

5) She never argued. Sometimes Auntie said the most outlandish things, or seemed to be living in another time, but arguing with her or correcting her only made her angry. Instead, Barbara went along with the conversation. Sometimes she learned some interesting history through these conversations.

6) She learned to acknowledge her aunt's feeling. Feelings aren't right or wrong, but they are real.

7) Barbara learned her aunt's behaviour wasn't about her. Sometimes that mad it easier to take.

8) She learned to listen. Sometimes, although it was seldom clear at first, she could discern the problem if she listened to her Aunt's concerns.

9) She learned to put aside her agenda. She may have envisioned them having a cup of tea and a treat at the coffee shop, but remained open to what her aunt wanted or needed. There were times when a walk in the hall or even outdoors was exactly what was needed. If she'd tried to force the coffee shop, Auntie probably wouldn't have cooperated.

10) Barbara knew her aunt forgot about the anger as soon as it was over. She learned to, also.

Barbara was surprised, because what had begun as a huge problem, led her to greater insights. There were still difficult times when Auntie snapped and frowned and even shouted, but there were just as many times of laughter or reminiscing and smiles.

Most importantly, Barbara knew that her aunt was more than the behaviours she exhibited. Auntie was still there, and she learned to enjoy the person she was.


Posted by Ann Peachman Stewart at 18:30 No comments: