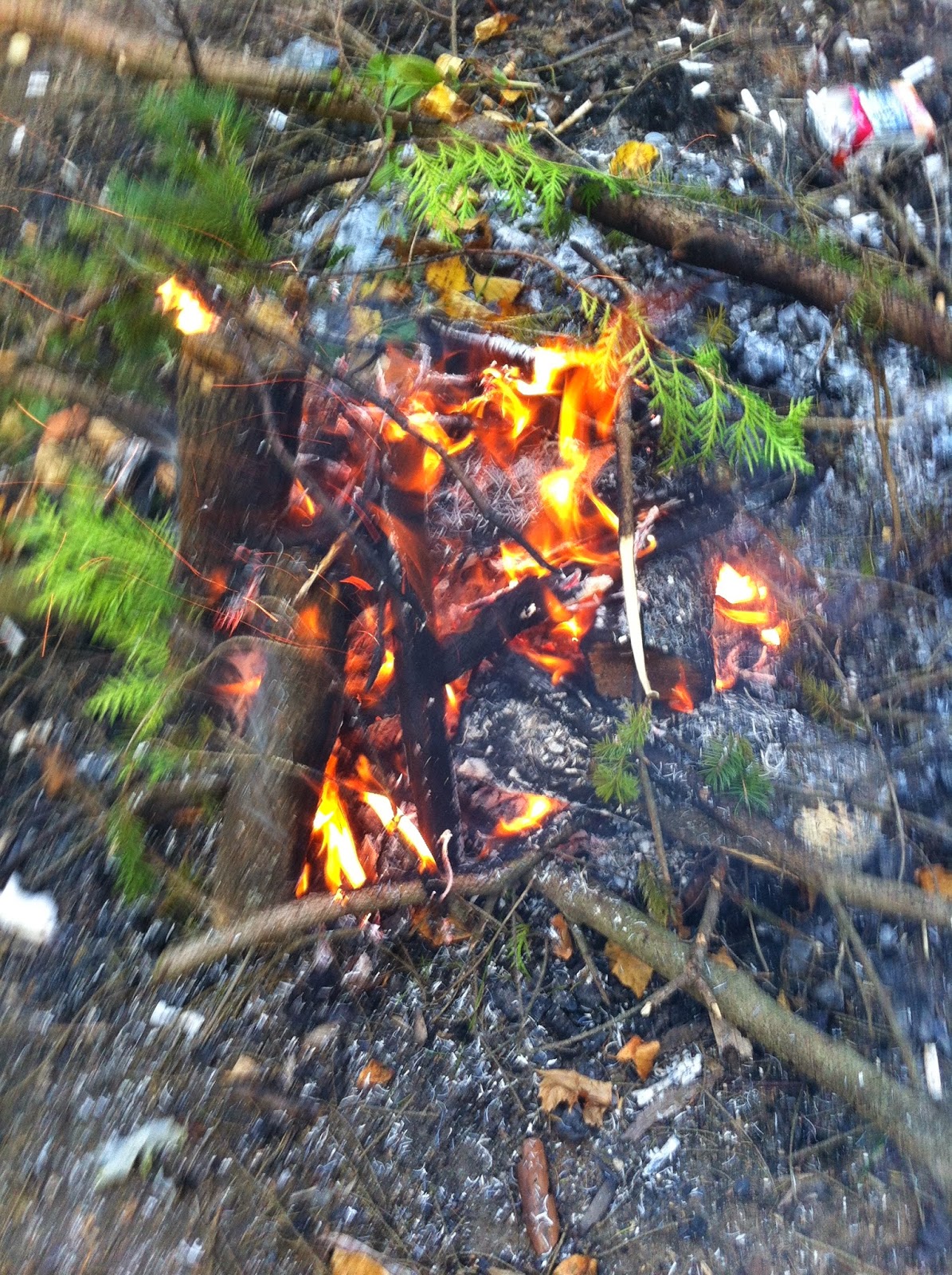 A woman in her 90's pulls her pants above the knees, sits back and suns her legs. A man with dementia gathers firewood and helps build a fire like he did so many times during family vacations.
A man in a wheelchair, virtually blind, becomes teary during a "walk" in the woods, as he remembers his father's hotel in northern Ontario where he spent his summers as a boy. An elderly woman who was an accomplished artist seriously discusses the colours and composition of the leaf stencils on the T-shirt she is painting.

Have you ever noticed that in advertising, "happy, joyful" people seldom depicted as elderly? Why?

Perhaps you think the answer is obvious. (I've heard "growing older isn't for sissies" more times than I can count.) No one is denying that there are some difficult issues in aging. People tell me about their bodies not doing what they want, and how frustrating that is. Their friends die, and that is both frightening and lonely. Their children become their caregivers, and that can cause embarrassment and conflict.

But each stage has it's challenges. There is no time in our lives when we say, "Now, life is perfect." Neither is their a time when we say, "The challenges are so great in this period of my life, joy is impossible." That might be the case for a period of time, but like a bubble trapped under water, joy eventually floats to the surface. Life ebbs and flows, and joy is possible in all circumstances.

At the end of August, we took a group of residents away for three days of a "cottage experience." We stayed in a large, double cabin, in a place which was totally wheelchair accessible. We cooked our own meals, sat in the sun, gathered around the table and talked, sang around the campfire and had a blast. We laughed, told stories and listened. We (staff and residents) experienced joy.

For the last several days, I have been working to put together a powerpoint presentation of the experience. This photographic album has put me back in the middle of the fun, remembering. Here are a few highlights:

* It seemed with every meal, the group enjoyed lingering and chatting. Breakfast the first morning was a fresh crepe for everyone as they arrived at the table, coffee and tea, mini-muffins and toast. Long after the last bite was eaten and cleared away, people were still sitting, telling stories, laughing and enjoying each other's company. 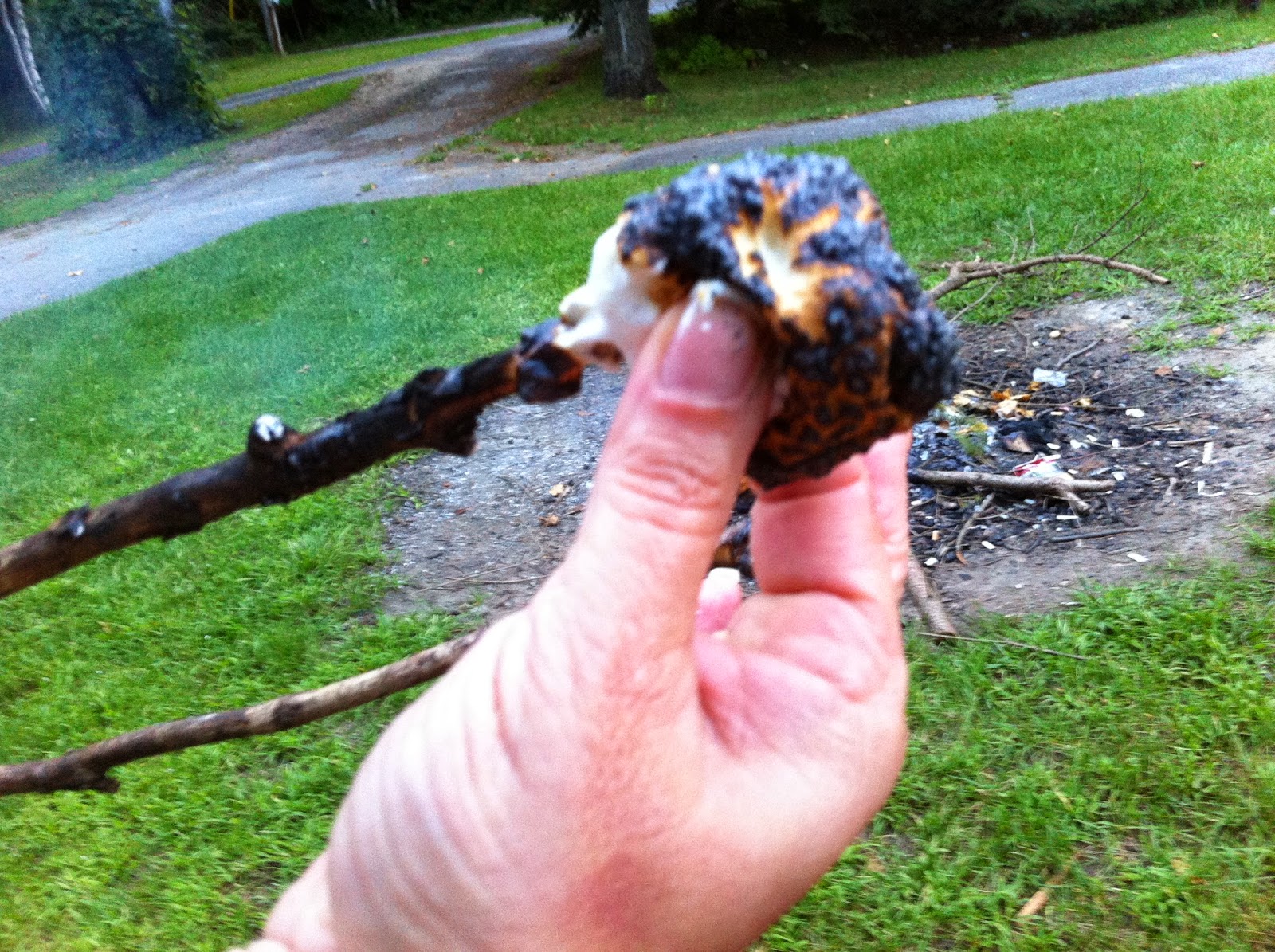 * A man with dementia would start to become agitated at night, declaring he wasn't staying, and looking for his wife, who passed away a few weeks before. We asked him to play his harmonica for us, which he did for over an hour, interspersed with stories from his childhood and teen years. His anxiety turned to laughter and his domain of identity was full.

* I was wondering how the silly songs of campfire would go over with a man who was a businessman all his life, and I was prepared to take him elsewhere if he was unhappy or bored by it. He surprised me by laughing and singing along.

* We had a barbacue one night on a huge, half-barrel barbecue pit. Hamburgers, chicken and corn on the cob. I wasn't prepared for how delighted everyone was with the corn. Obviously, still on the cob was a way of serving corn they seldom saw any more, and they attacked it with enthusiasm.

* Any living arrangement has it's housekeeping details, and one man became invaluable in doing the dishes and catching flies!

This is the fifth time we've done this, and each year we learn something about the residents and ourselves. There's no denying it's exhausting and a huge amount of work, both before and during. But the rewards fill my domain of joy to the brim.

When on man came home, his wife asked him how it was. "It defied description," he said.
And then he cried.

Posted by Ann Peachman Stewart at 16:22