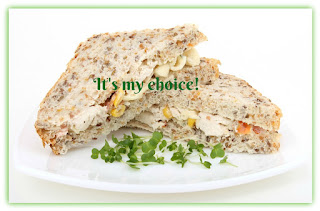 I can’t remember how the topic came up. I suspect it was one of the many times in the summer when I sat with a group of ladies on our patio, admiring the multiple colours of the flowers and turning our faces to the sun. Someone asked the question, “What is your favourite food?” Without hesitation, Mona said, “A sardine sandwich on multi-grain bread, with mustard and mayo.”

A started silence was followed by chuckles. “That certainly isn’t on the menu.” Our meals are delicious and our menu varied, but sardines wasn’t a hot item. The next week, I brought a can of sardines and told the story to a dietary supervisor. Several servers were in on the surprise, and that day at lunch, Mona was served her favourite meal with flourish. Grins were everywhere, but hers was the biggest.

It’s all about choice. Elders are at a time in their life when, of necessity, many choices are made for them. They aren’t able to live independently, so they have to move. That’s not a choice they would make. They can’t see, so they need help going to the toilet. They definitely wouldn’t choose that. Dementia has stolen some of their memory, so they can’t go for walks alone. No one makes that choice.

Here are some choices most elders can make:


I can choose what I wear. If my style is lipstick and pearls, you will honour that. If I’m more of    sweatpants type, that’s okay, too.

I     I can choose what I like to eat. Even if I have dietary restrictions, there are ways to get around it if you are creative—and if you care. (Did you know that chocolate cake, with the icing, can be mashed and 2-3 creams mixed into it, to make pureed chocolate cake? It tasted delicious. Doesn’t look too great, but if you love chocolate cake but are at risk for choking if you eat solids, it’s a tasty substitute.)

I can choose what I want to do. I don’t have to attend activities. If I want to sit in my room and read a book or snooze, that’s alright. If I enjoy music or art, or model trains or gardening or watching tennis, those opportunities are there for me. I just need to tell you what excites me, and you will find a way to make it so.

I can choose what my room looks like, and what is in it. Those items that are important to me are with me in my space.

·        I can dream. What did I used to love, that seems no longer possible? If people who love me are creative and committed, how can they make it happen, or perhaps a version of it? (I'm thinking of the elders we took away for a cottage experience several years in a row. Or the woman in her nineties I saw on a video who, with the use of a special cart, was able to ride a horse again.) What do I wish I could do, and how could you make it happen?

Maybe it’s as simple as a sardine sandwich.

Posted by Ann Peachman Stewart at 18:07 No comments: 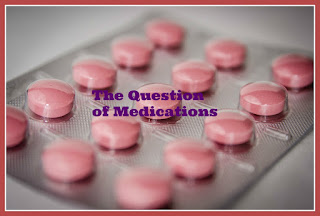 "Medical treatment should be the servant of genuine human caring, never its master." 1

A powerful and radical statement.

Mr. G. has become increasingly aggressive when care partners try to care for him. Although they can understand that he wants to be independent, and he doesn't want a woman caring for him, the bottom line is he isn't able to care for himself and the staff are all women. Several approaches are tried--smiling, a soft tone of voice, reasoning and explaining, leaving and coming back. These are all good interventions, but they don't work. As time goes on, his agitation increases, and he begins to become physically aggressive. His grip is strong when he grabs arms, and the day he grasped another resident's arm, it became evident something had to be done.

Start low and go slow is always the creed for new medications. Mr. G. was started on a low dose of a medication to reduce his agitation, and within three weeks, things were improving. He began to cooperate during care, and his smile returned. The medication was his servant.

Coming back from a broken hip is difficult, as Miss W. can tell you. Working with physio every day, she practices stretches and and walking and other exercises to strengthen her muscles and improve her balance. She doesn't complain, but the physiotherapist noticed a soft groaning as she neared the end of her session each day. When he asked, she confessed that the increased exercise was causing her pain--pain that her medication wasn't addressing. The work she was doing was important, helping her regain her mobility. However, it wasn't fair to expect her to do it with insufficient pain control. The doctor increased her pain medication, and the next time she had physio, she was able to complete the exercises without excess pain. The medication was her servant.

Mrs. D. appears to be depressed. She had many losses in her life over the last few years, including the loss of her husband, her apartment and her independence because of several serious medical issues. She's eating adequately, but is barely talking, and has lost all interest in the things that used to bring her joy. Staff tried music therapy, volunteer visitors and time in the garden, and although she seemed to enjoy all these things in a limited way, the spark of life was gone. After a month of trying different ideas, and seeing her sadness continue, the doctor started her on a low dose of anti-depressant. A few weeks later, she smiled at a fellow resident and began to talk to her table mates. Her quality of life was slowly returning. The medication served her.

When does medication become the master?


Medication isn't evil, as some think. Neither is it the great problem-solver. There are so many considerations when prescribing a new medication.

What other medications is the person on? What possible drug interactions could there be?

Does the elder have other medical conditions that would make this drug dangerous?

What are the side effects?

Medication, when it is the servant, is a gift. Care partners need to ask insightful questions when a new medication is proposed. With careful consideration and monitoring, medication can serve our elders well.

http://www2.ca.uky.edu/hes/fcs/aging/PDF/Ten_Principles_of_the_Eden_Alternative.pdf
Posted by Ann Peachman Stewart at 17:15 No comments:

Care Partner Wednesday--The Importance of Meaning to an Elder 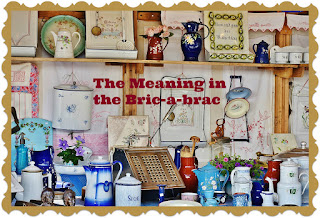 The world is divided into two categories: the keeper and the non-keeper. I am not a keeper.

I remember when my children would ask where a certain treasure was—a picture they drew, a one-armed clay figure they constructed, a half-eaten sucker from two weeks ago. I would look puzzled and reply, “I’m not sure.” The full truth, which I will confess decades later, is that I’d thrown it out. I didn’t know where it was. That was true. I did know what had happened to it, but that wasn't the question they asked.

It’s not that I am devoid of sentiment. I am as sentimental as they come, but I can’t stand clutter. Sometimes I keep things for years and then decide it doesn’t have the meaning for me that it once did, so I pitch it.

Before you judge me, let me say I still have the ring bearer’s pillow my mother made for my wedding in 1977. I have a Christmas ornament she made from my wedding dress. I collected a box of special items for each of my children. I treasure a teapot my daughter decorated with my granddaughter’s baby handprints.

It’s all about meaning. The items that have lasting meaning in my life, I treasure.

What happens when an elder comes to a place where they must downsize, and downsize and downsize again? What happens to the pictures, the treasures, the special items that must be sifted through? How do you decide to keep one piece and discard another?

It’s a frustrating truth for those of us who work among elders needing care; they often want to bring too much “stuff.” When people move to one room, it can be a heartbreaking decision to figure out what to bring and what to discard. Years of memories and meaning are packed into each item. How do you throw it out?

I once heard someone speaking with disdain of the “bric-a-brac she never looks at” in a resident’s room. The comment bothered me at the time, but I only lately realized why. That bric-a-brac held invaluable meaning to the elder.
“Meaning is the food and water that nourishes the human spirit. It strengthens us. The counterfeits of meaning tempt us with hollow promises. In the end, they always leave us empty and alone.” 1
This sixth principle of ten in the Eden Alternative, challenges us to look at the “stuff” differently. True, not everything can, or should, be brought to the new room. Decisions need to be made, and some of them will be heartbreaking.  Also, meaning is more about relationships than things. The teapot with the handprints is only important because I remember those tiny, baby hands and have a valuable relationship with the nine-year-old she has become. Yet, because of the relationship, the teapot is invaluable.
Here’s what I’ve learned:

·      What has no value to you may mean the world to me.
·      If I want to understand why something has meaning to you, I can ask. There’s probably an amazing story there.
·      Whether I understand or not, I need to treat the things that have value to you as important.

With these perspectives, there is no bric-a-brac.

Posted by Ann Peachman Stewart at 16:06 No comments: