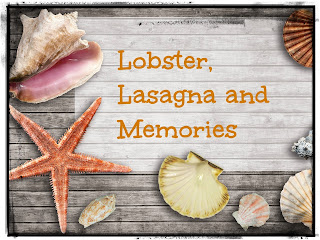 Care partner stress is real, sometimes intense and wearing. When you are in the middle of the battle, you don't want to hear "10 Ways to Beat Caregiver Stress" because most of them don't speak to your situation, and you already know that stuff anyway. You want to hear how to get through today.

I have a friend who is living with the pulling and stretching and demands and worry of a severely sick husband, and I was thinking about her and praying for them today. I asked myself, "What helped?" all those years ago. What made a difference, and what stands out to me today?

Those tiny, special moments when you were able to change the horror you both were living with into something special that touched you both.

Here are a few thoughts.

Like many terminally ill people, Bill wasn't eating well. Something would sound good, but by the time I prepared it, he wasn't hungry. It broke my heart to watch his face thin to gaunt. He used to enjoy his food, but now a liquid supplement was the best he could do most days. Then one day, he said he was craving lobster.

A few years earlier, he'd gone to Nova Scotia on a "bucket list" journey to visit an old guitar teacher. While there, he'd feasted on seafood in all its delicious forms. I cooked fish frequently and sometimes we splurged on scallops, but I'd never cooked a lobster. The thought of it kind of horrified me. Feeling foolish in front of the counter of an unfamiliar grocery store, I explained my predicament to the server, and he told me how to prepare it. That night, I spread a lobster dinner in front of Bill, complete with the crackers and little forks to scoop it out. It took him over an hour, but he demolished that lobster and ate more than he had in weeks. Every time I open the cutlery drawer and see the little picks and forks, I smile and remember.

One of his last hospital visits involved a week on his back. Because of a procedure they were doing, he couldn't sit up, and it made a difficult season more wearing. Each night I would rush to the hospital after work because he'd been alone all day. In the midst of this pain and stress, we developed a game. His water was restricted, but he could have a few ice chips every hour. I would toss them through the holes in his oxygen mask and he would catch them with his mouth. As silly as it sounds, I remember giggling together when the ice chips missed their mark.

During an earlier hospital visit, he complained about the hospital food. No surprise there. It was pathetic. He'd already dropped so much weight, I worried that he would get sicker from not eating. One night while I was visiting, he mentioned lasagna. On the way home, a crazy idea occurred to me, and I wondered if it would be possible. I stayed up late that night and crafted a lasagna in a small casserole dish. The next day, I kept it in the fridge at work until it was time to go. Then I heated it to a burning fire, wrapped it in the many towels I'd brought and headed to the hospital. I even had china plates and our own forks and knives. When I arrived and unwrapped it, it was still steaming, and we enjoyed a lasagna dinner together. Again, he ate well that night, and I always remember the look of pleasure on his face as he took the first bite.

One of the men at church asked if he could put the word out by email to pray for Bill. Of course, I was delighted, and I began to receive email notes of encouragement from far and wide. Some people wrote out their prayers, and we heard from several people who hadn't been in our lives for years. I realized this was blessing me, but Bill wasn't getting the benefit, so each night when I went home from the hospital, I would print off emails and glue them in a scrapbook. At the hospital, I read all the notes and Bill was touched by the caring of so many people.

Just a few weeks before he died, it was Thanksgiving. One of our fall family traditions was to visit a local apple farm. We loved the place, and our kids had grown up with at least one visit a year. This year, Bill wanted to go before we ate our Thanksgiving dinner. Really? He was so thin and weak and wasn't really eating apples anymore. But dreams overtook the practical, and we headed out. A warm, beautiful day, it looked like everyone in our community thought this was the day to visit the apple farm. We trudged through the parking lot, and worry consumed me as he stumbled along. Near the entrance was a huge log, and Bill said he would sit there and watch while we went in. I rushed everyone through our shortest ever visit, grabbing a few apples, some cider and a jar of jam. Anything he might like. He seemed content just to be there, sitting on the log. Getting back to the car involved another adventure, as he was already tired, but he was glad to have gone. When he died a few weeks later, the apples were still in the fridge.

A few weeks ago, we went to the apple farm as a family for the first time since that last trip. I stood for a moment and looked at the log where Bill sat and remembered.

Memories. As a stressed out, barely-making-it-through-the-day care partner here is my advice to you: make memories. Take the time to do little spontaneous things together like the ice chip game, or ridiculously impractical things like the apple farm.

Because when the day comes that you are looking back at this time from the other side, you will be thrilled that you did.