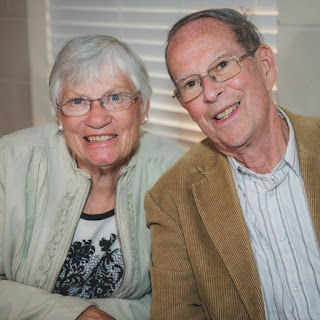 My wedding day. My parents lived an hour's drive from the church, so the wedding party couldn't dress at their house. Our small apartment on the third floor didn't suit either. Enter Nancy Smail, who offered her attractive house, a sumptuous breakfast and the loving care this young bride needed.

That nurturing act probably seemed small 42 years ago, but it defined the faith and caring of the Smail family. Over the years of raising my family, my husband's death and life in general, I kept in touch with Nancy through friends, and eventually Facebook. That was how I learned of Doug's diagnosis of Alzheimer's. Nancy graciously agreed to share the journey of her early days as a care partner.

"I met Doug in grade nine when I was twelve years old. We didn't date until he finished Queen's University with an Engineering degree. We've been married 53 years. An incredibly intelligent man, he was a professor at Ryerson University for 38 years."

What changes did you see in Doug that started to cause you concern? Did he see them, too? He began to have trouble with mechanical things that used to be easy for him. We had to sell our cottages as Doug couldn't figure out how to maintain them, a task that came naturally to him before as a mechanical engineer. He wasn't aware and still isn't, attributing all the changes to ageing. He had a tremendous intellectual reserve which allowed him to cover up and appear normal to almost everyone.

How long from the first time you began to notice issues until diagnosis? Doug had a stroke in 2006 and our family doctor quickly diagnosed him with Alzheimer's and gave him five to seven years to live. 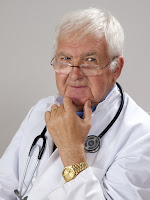 Tell me about the diagnosis, and your reactions, as well as those of Doug and your family.  I was in disbelief at first. The doctor didn't tell Doug as he said he was concerned Doug would give up hope. My children didn't believe me. My daughter, Dawn, who is a nurse, went with me to the doctor and had the diagnosis confirmed.

Our doctor's refusal to tell Doug caused so many problems. My family wouldn't believe me, and that was difficult. When I broached the subject with Doug, he would say, "Well the doctor didn't tell me." I understand the doctor didn't want Doug to lose hope, but he didn't consider the effect of his decision on other family members. I don't agree with his decision as it prevented Doug and me from strategizing for the future.

How did you find taking on the role of a care partner as well as a wife? Did they conflict in any way? As the disease progressed slowly, it wasn't difficult at first, but as time passed my roles changed and I was more involved in his care. This caused some tension. I first took over paying all the bills, and this was stressful for Doug. He suffered a TIA* (see explanation below) as a result of his anxiety. I also eventually took over all of the driving. It affected our lifestyle in many ways, and at first, I was resentful. However, by God's grace, I have accepted this as a gift from God to fulfill His plan for Doug and I and our marriage.

I was in denial for a long time. Learning to accept came slowly, and I have been losing my husband by degrees for many years now. 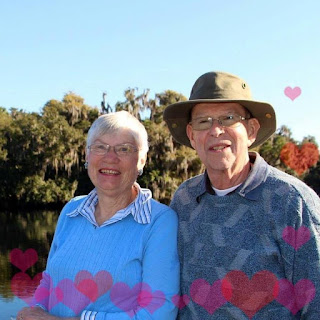 What was the role of your friends in your journey?  I told my friends immediately as I needed their support.  They were there for me from the beginning, eager to help in any way they could. They began to accompany me on trips to do activities with Doug and relieve me. I appreciated the much-needed break.

How has your faith affected your experience? I can't say how many times in a day I cry out to God and say, "Help me, Jesus!" Without my faith, I wouldn't be able to carry on and would have suffered burnout many years ago. God told me at the beginning of this journey that He would be with me throughout, and He has been faithful to His promise.

What advice would you give to someone just starting out? What supports were the most helpful? Learn everything you can quickly and connect with solid supports like The Alzheimer Society. Let your partner do as much as they can for as long as they can, and don't be too hasty to take over for them. Doug drove until recently although some thought it unwise. We also took a major trip recently against some people's advice due to Doug's profound memory loss. He did get lost at one point, which was scary.

Be open and honest with family and friends and don't be afraid to tell them that the journey is hard. I recently said, "I am learning joy in the midst of my pain." 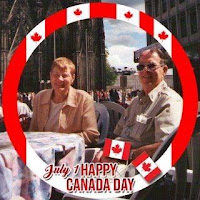 CLICK TO TWEET
Care Partner Wednesday--Hopeful Ideas to Energize Your New Life As A Care Partner
Posted by Ann Peachman Stewart at 13:26 2 comments: 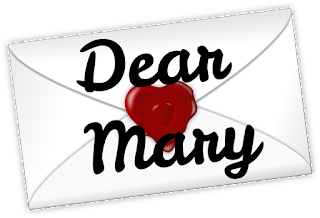 I'm writing to you because it's so much more personal than a blog post, and the diagnosis your received last week is as personal as it gets. Alzheimer's. I bet you're still in a fog, trying to assimilate what this means for the rest of your life.

Can I give you some advice? (You know me, I'm going to give it anyway. Why do I even ask?) Just breathe. Give your self as much time as you need to think and pray and grieve. Yes, grieve. You are facing losses and a different life than you imagined. Give yourself time to grieve.

But don't stay there. At some point, you need to square your shoulders and say, "What will my life look like now?" and "How do I want it to look?" You get to decide at least some of that, you know.

Things to give up

As we age, we all bump up against experiences we will never have again. I remember the day I realized I would never nurse another baby. This wonderful, nurturing experience had been a part of my life for the past 10 years, but when my last baby left it behind that season ended. It hurt, and I cried some private tears. (There's that grieving again.) But soon I happily moved into the next season with my children.

There will be areas of your life which will change with this diagnosis. Some change may be immediate, and some you might need to grow into. From what I've seen, as difficult as it might be, making your own decisions about what to give up and when is the best way to go. It gives you power. You are in control. 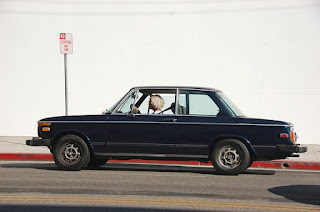 Take driving, for example. That's a big one. It's your independence, and life is not only complicated but humiliating without a vehicle. You ask for rides and feel like a burden. Your natural inclination is to hang on as long as possible, even though you notice your responses getting sluggish, and you're afraid of anything but the most familiar routes. Then one day, your son comes over and sits you down to talk about your driving, or the doctor revokes your licence. It's humiliating. Why not take control and make the decision yourself? Impress the socks off your family by learning how to use Uber, and voila--you're independent again,

What other decisions might land in the "give up" pile? Perhaps, once you get over the fear of living somewhere different, you would enjoy the freedom of a smaller place. Maybe the lonliness you struggle with could be dealt with through living in community.

After you get over the initial shock, spend some time looking at how you'd like to live your life. Are there decisions you could make which would give you control, and a life that looks more like what you'd like?

While you're on a roll of taking control, there's a lot of decisions you need to make. You're a smart lady, so you may have already thought of some of these, but let's look at them anyway. 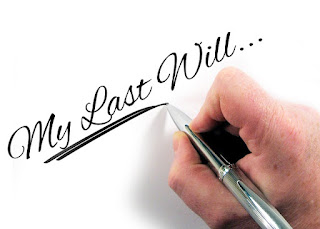 Knowing I was writing to you, I did some thinking myself. I've discovered over the last few
years that I can't live without gardens and flowers. Preferrably ones I can help with. And I don't
want anyone getting me up until I'm ready in the morning. And I'd like to have good quality
Greek yogurt whenever I want it! The bottom line is flexibility and respect. Take a notepad out
to the porch swing and start writing a list of what matters to you. When it's ready, share it with
your kids, and make sure they listen.
Gather your tribe


You can't do this alone! Your family loves you and will be there for you, although they will have lots to learn along the way. But what about friends? You're going to need those who can listen and visit and be there when you just need a cup of tea and a chat. Think about who those friends are, and chat with them. Let them know what you are facing and what kinds of care would mean a lot to you. 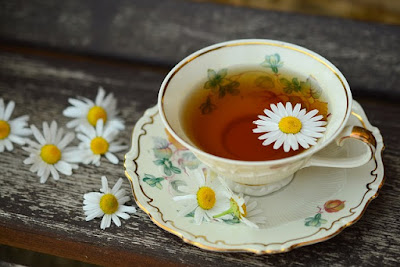 Look for others, too. The Alzheimer Society has all kinds of wonderful resources, and you may find new friends there.

You still have so much to give, my dear. Alzheimer's is scary, but you can live a full and fulfilled life. Especially with a little planning. And while you're gathering your tribe, make sure I'm on the list.

CLICK TO TWEET
Care Partner Wednesday--How To Begin Your Alzheimer's Journey in 3 (Not So) Easy Steps
Posted by Ann Peachman Stewart at 18:25 No comments: