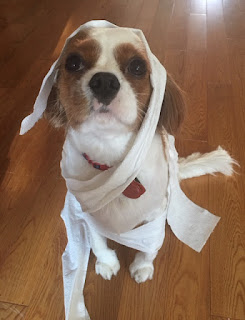 Do you ever feel like life's out of control? Situations are spiralling and you have no choice, or perhaps no good choice?

One morning, I faced time pressure to get out the door and make the train. My inner clock ticked and I knew as I blew my hair dry that less than 10 minutes remained. At that moment, my puppy, noticing the enticing dangling of the toilet paper on the roll, grabbed it in his mouth and ran. In a few seconds, my living room and kitchen were wrapped like a mummy. With a frustrated huff, I retrieved as much as I could, threw out the rest and returned to my hair.

He did it again.

He responds well to loud noises, and normally I would clap but with my blow dryer in one hand and my brush in the other, I had no free hands, so I brought the brush down hard on the sink. To my horror, a large portion of the corner of the sink broke off and shattered into a million pieces.

My choices at that point were, replace it or live with "ugly sink" for a period of time. Sink replacement wasn't in the budget, at least not until the day a few months later when a flood on the floor indicated a pipe had broken. I decided I could live with "ugly sink" but I couldn't function with no sink. 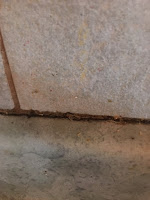 Then there was the sewer backup in my basement. After months of negotiations, the insurance company hired a contractor and the work began. And abruptly ended. With dust and materials scattered over my basement, I phoned to find out the holdup.

Mould. Four tiny spots, which weren't anywhere near the flooding, held me captive. Until I did an expensive cleanup and environmental assessment, nothing more would happen in my basement.

No choice. It feels like tight jeans. Restrictive, uncomfortable and kind of bleak. It rankled me and made me angry. I wanted to grab a government official by the lapels and shake them.

Is this how our elders feel? Mobility changes, care needs change, housing decisions are made for them and their independence is stripped away. Some watch helplessly and others look for a set of lapels. 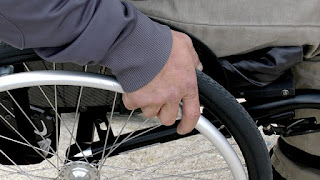 We who provide care are such loving, helpful people. We want the best for our loved ones. But sometimes, we strip them of choices in trying to help. We make decisions which, given time and opportunity, they could make.

Honouring elder's choices is the essence of person-directed care.