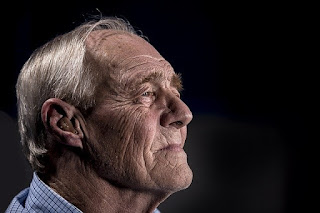 A short, gentle man with a soft voice, he'd admitted his wife to our care floor a few weeks ago, and now participated in the first care conference. This meeting, with all the staff who care for his wife giving input, gave him a chance to ask questions. Many questions. An intelligent man, he had no experience with dementia before this and it seemed every day he felt blindsided by some new crisis.

The time drew to a close and I'd dismissed the doctor and several others who had given their input. He turned to me and said, "I just have one more question." I smiled at him, inviting him to continue.

"Will she get better?"

The moment you hear the diagnosis, the questions flood your brain in a confused mass. What does it mean? What does the future hold? What should I do? Some questions are so elusive you don't know to ask them until later, but the answers are ones you wish you knew earlier. This month, we will look at Dementia 101 and go back to basics.

Are dementia and Alzheimer's the same?

No. Think of dementia as a huge umbrella with many spokes. It's a weird-looking umbrella, though, because the spokes aren't all the same size. 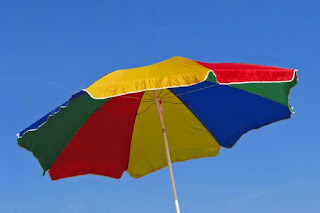 Alzheimer's Disease
If we think of the umbrella again, a large section of it would be called Alzheimer's disease, as it's by far the most common diagnosis. Alzheimer's is progressive. Although someone with the disease may have a day where they are exceptionally cognitively alert and function well, the decline in their cognitive status can be seen clearly over a period of months and certainly years. Depending on the age of diagnosis, people can live with Alzheimer's for 20 years, although eight to ten is more common. Prevalent aspects are memory loss, especially short-term memory, poor judgement, word-finding difficulty, and the need for more help in the areas of hygiene, eating, dressing and all aspects of daily living.

Vascular Dementia
Although the symptoms may look the same, vascular dementia progresses differently from Alzheimer's. Its source is from a stroke or a series of small strokes called transient ischemic attacks (TIAs) or unnoticed small vessel disease. Because its progression is based on a series of "events,"  it looks like a series of downward steps. The person with vascular dementia will continue stable for a period of time and then will have an "event" which causes a change. People often recover from TIAs, but usually have more than one, and they take their toll on cognition. Each TIA has the potential to cause permanent damage to the brain. The prognosis varies greatly.

Parkinson's Disease Dementia
Not everyone who has PD will develop dementia, but about 70% do. The combination of the motor and other challenges of PD and the mental difficulties of dementia make this especially burdensome. Some people experience hallucinations, delusions, paranoia, vivid dreams and other difficulties. Cognitive symptoms begin at least a year after the motor symptoms and usually develop gradually.


"She has dementia. What difference does it make if we know what kind? 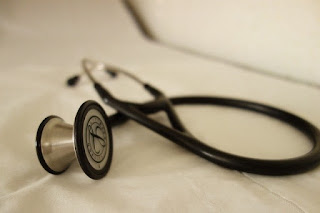 A significant difference. It affects treatment, medications used and many other interventions.
Some medications that are used to control behavioural symptoms in Alzheimer's can actually make the symptoms of Dementia with Lewy Bodies worse. With correct medication and treatment, someone with LBD can improve and experience a good quality of life.

My friend with the poignant question? I'll share my answer to him in the third blog of this series.

A diagnosis of dementia can bring feelings of panic. Take a step back, do some research, ask questions and talk to other care partners. Support is there for you!

CLICK TO TWEET
Care Partner Wednesday--How To Break Through the Agony of a Dementia Diagnosis
Posted by Ann Peachman Stewart at 13:15